The Cradley Morris is a strongly related activity of the Silurian Border Morrismen. It is performed by some of the Silurian men at Christmas and a collection is made for a local charity. 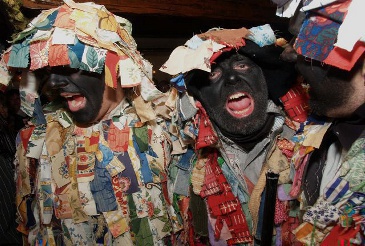 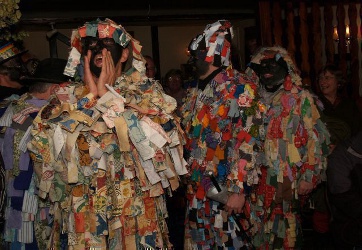 This particular Cradley is in Herefordshire about 5 miles west of Great Malvern in Worcestershire.

The dance is, in fact, a mumming play although its original performers did not know the word mumming and did very little dancing. It was collected in July 1969 by Dave Jones from Albert Philpotts of Cradley who had performed the play, but not since the 1950's. All the characters are dressed similarly in colourful rag covered trousers, coat and hat, allowing any performer to play any part, or any number of parts. 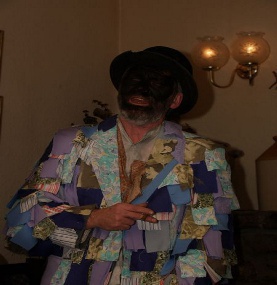 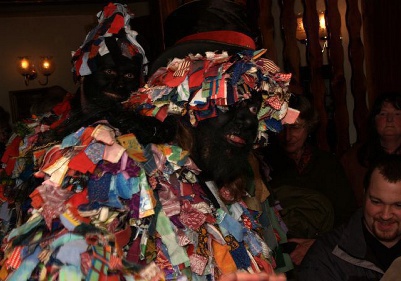 Yes, you're right - the costume is heavy. They weigh around 30lbs, however some of the men have taken the option of lighter coats with plain red trousers. However, the play is mercifully short...